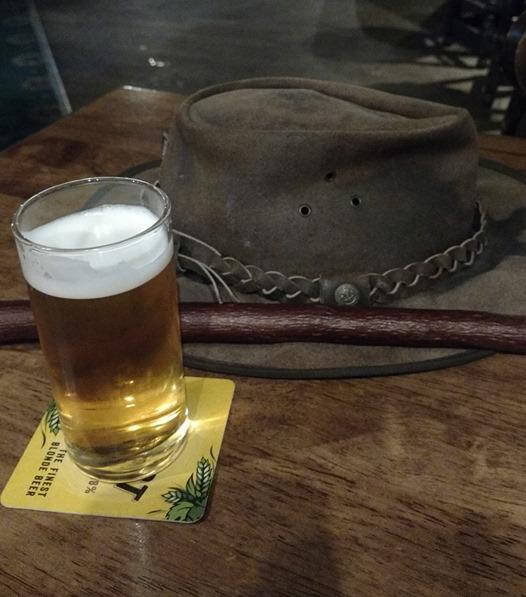 Bluebird, not the one from the Coniston Brewery, this one is from Lenton Lane and it's bloody delicious. My opinion may be influenced by my state of exhaustion following a day of excessive knee flexion in the name of bathroom renovation but at the moment at least I think it'sa cracker.

Max however is less impressed. It seems the Strat has discontinued the free dog treats and he is not a happy puppy. "You should start a petition" he said.

"Why should I start a petition, I don't eat dog treats"

"No but you do sit in the pub typing. Why don't you type something useful for a change? Let the people know what's going on, call upon the owners to restore the status quo, write vitriolic tropes and memes attacking the supporters of this disastrous change of policy, for every thing they've ever said."

"What are tropes and memes?"

"I don't know" said Max "Your the Facebook book user, look it up".

"I have done, but some how the meanings don't seem to stick, is it English?"

"Which? Said Max, "the words or the meanings?"

"Isn't that rather chauvinistic? Said Max.