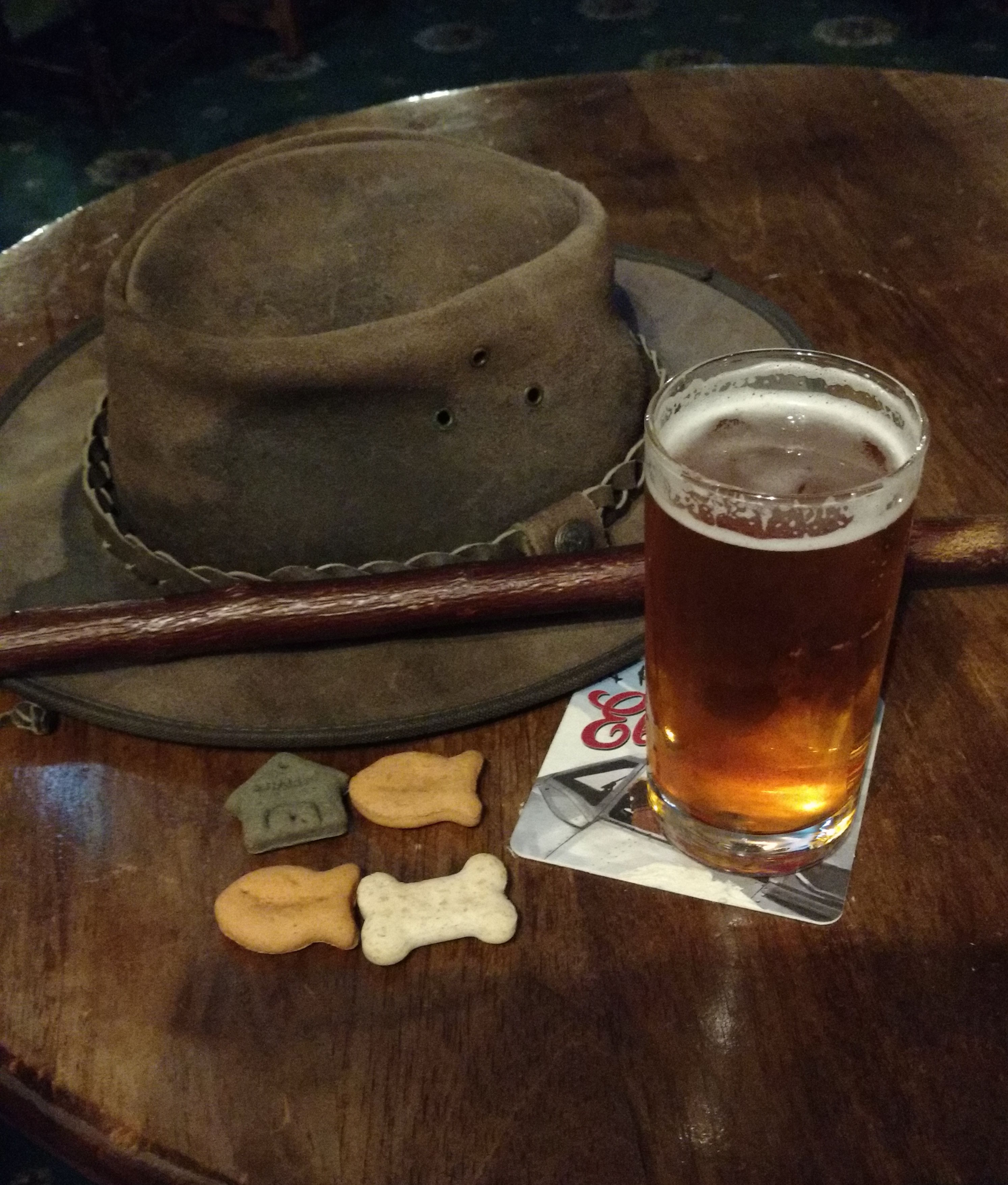 Catch the Rain from Magpie Brewery. A surprisingly sharp little number. Not too malty, well perhaps a tad, even at 4.9% by volume and, talking of tads, at £360 a pint with Camra card, a tad cheaper than most.

"Before you ask," said Max "I think you will find that ‘Catch the Rain’ is a contemporary ecological movement to encourage the enlightened ones to capture, slow down, clean and use, rain water."

"There are many uses for water other than drinking it." said Max. "You could for instance use it to assist in watering the garden."

"Gosh I thought you meant to drink. I'm not sure it's safe to drink rain water Max."

"I don't believe I've ever heard you express anxiety in the matter where I'm concerned." said Max. "Indeed on our longer perambulations you seem to positively encourage the imbibing of puddles, rivers and streams, all of which, unless I am much mistaken, consist primarily of rain water."

"Well in fairness Max, there are occasions when stopping you from drinking rain water would have been impractical." Max looked unconvinced. "And any rode, I've not noticed you come to much harm."

"I sometimes think that you display something less than the concern for the welfare of animals that we might ordinarily expect from the woke residents of Bridgford", said Max. "But in respect of your current beverage what I wanted to say was that it reminds me of the old codger who sits in a pub by himself, or perhaps with his dog, night after night gloomily staring into his pint ..."

"What the same pint? I'm surprised the landlord would stand for that Max. Wouldn't he empty it out after closing time?"

Max closed his eyes slowly and looked uncharacteristically sad. "I have a bad feeling about the outcome of this tale." he said. "No of course not the same bloody pint. He gets a fresh pint on each visit and lingers over it for an hour or so, always looking up optimistically when someone new walks in, as if hoping for a stranger who might engage him in conversation for moment or two at least."

"Oh dear Max, he sounds a sad old boy. Which pub is it he goes to?"

"I feel", said Max "that you are rather missing the point. It doesn't matter to which pub he goes."

"Well I was just thinking, you know, if they have dog treats available, it might be worth us paying a visit Max."

Sorry Max I hadn't realised that there was a moral to the tale."

"The point is," said Max rather emphatically, "that after 19 years of this procedure, on a particularly gloomy evening outdoors, a chap does come in and on his way to the bar ..."

Max appeared to grimace. "Yes it was pre Covid but it really doesn't matter. The chap turns to the old boy on his way in, ‘Looks like rain’ says he. Quick as flash the old boy looks back at his beer, ‘Aye.’ he says, ‘Tastes like it an all.’"

I didn't want to appear rude so I let Max's words hang for a moment or two but then I had to point out that it really did matter. "It matters Max because if this happened now, the chap coming in would be wearing a mask and he couldn't speak to the old man because it would be against the law."

"I knew it was going badly" said Max and he moved to other side of the table.