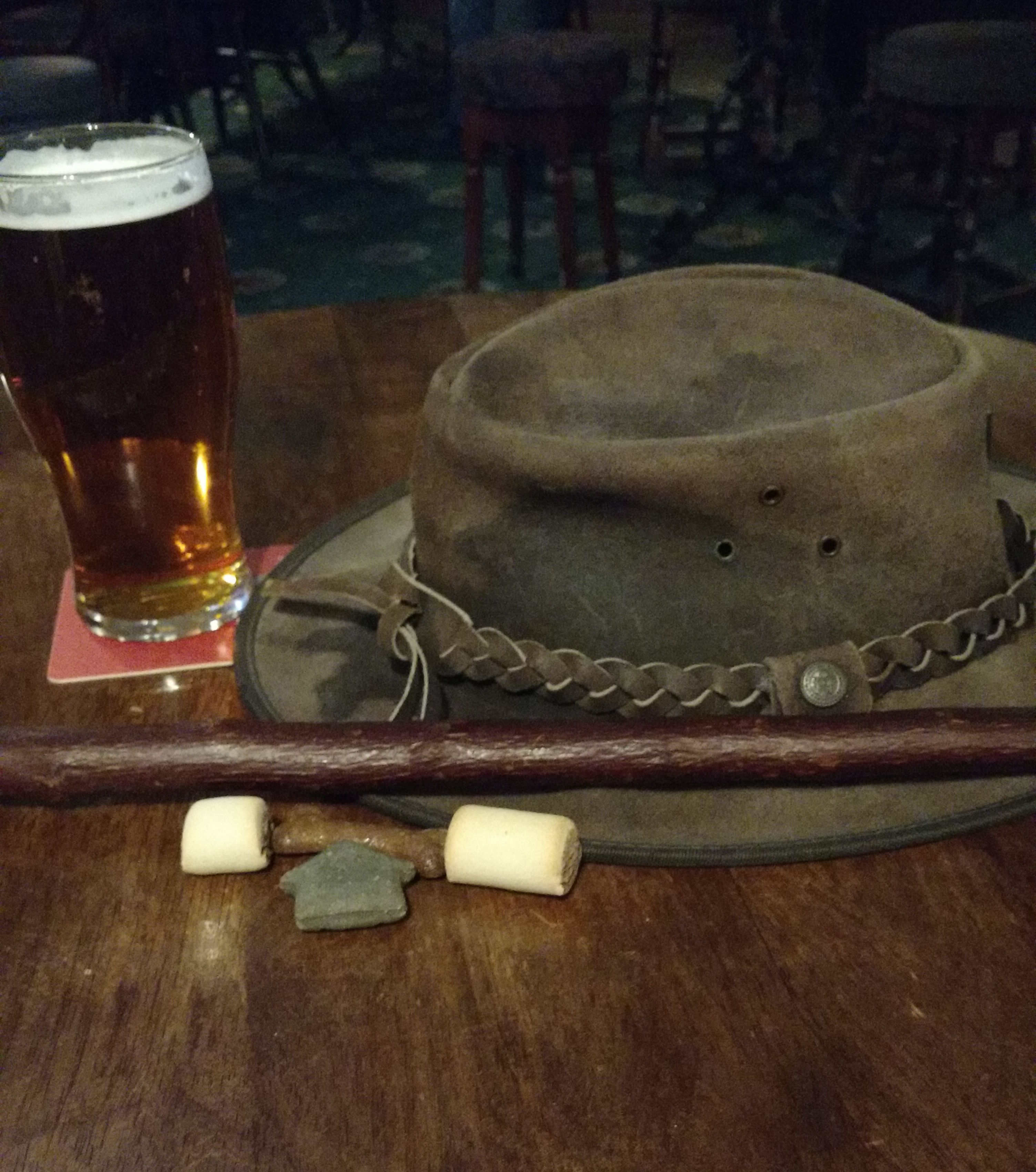 Summer Storm from Shepherd Neame. H'mm not sure, bit of a vanilla taste in there.

"I thought you were a fan" said Max.

"I don't think Max, that I've ever had it before."

"You were singing the praises of Summer Storm only 20 odd weeks ago if I recall." said Max.

"Is that another of your adjustments for dog years? Are we really talking 5 months ago or is this something I said 2 or 3 weeks back? Because if it is, that falls into the short term memory gap and your going to have to help me out more than that."

"Only trying to make things easier for you by being consistent." said Max.

"I never said she yapped".

"All collies yap" said Max "It's an identifying trait".

"Suzie, and that was her name Max, never yapped. Summer Storm was her dam, Summer Storm of Tosari, Suzie was Detania Pandora's Box"

"Oo er", said Max, "Pardon me, Summer Storm of Tosari was her dam, not Shepherd's Neame at all, posh bitch."

"Your being binary again Max, she was a dog but of the female gender."

"So what is a female dog called?" said Max.

"Ok but I think there were connotations in the way you were using the word."

"None at all" said Max "but anyone with a name like Pandora's Box has got to be a bit posh, most of us don't bother with a surname, except perhaps at the vet's."

"Suzie was unaffected Max by her distinguished heritage, she would make friends with anyone ... Actually she was a bit free with her affection, we found her one day when she was lost, living with some blokes in block of flats in the Chatsworth Road. A very friendly and trusting dog." I paused, caught in a moment of reflection.