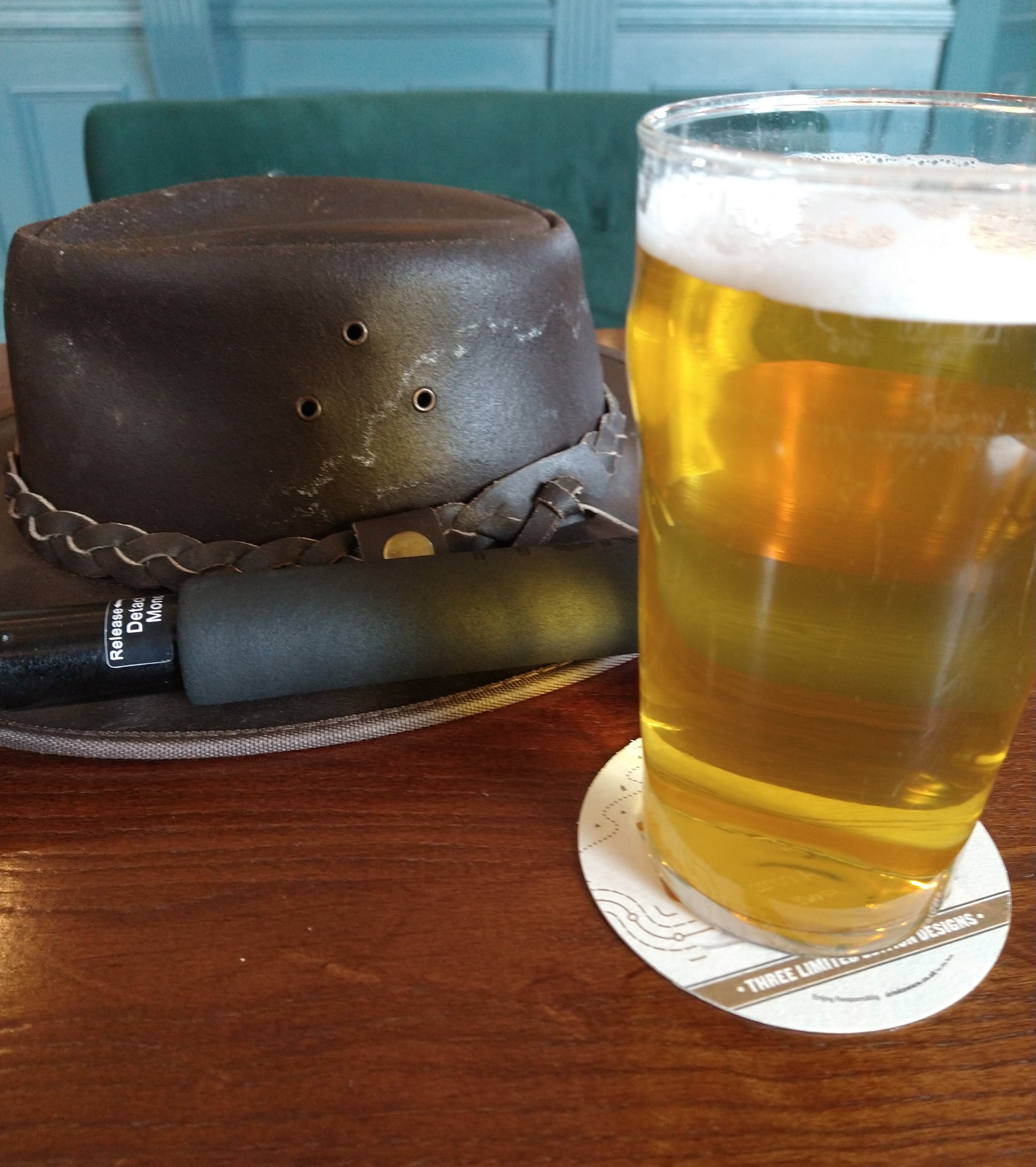 Now it has to be said that despite it's estimable provenance, this 'ere pint is not, whatever else it might be, brown.

"It's 'Ludlow Blonde' Max, presumably from Ludlow, Home of the cognoscenti, expensive pub food, Maggie Hughes and the brown pint."

"you expected a blonde ale to be brown?" said Max.

"No.. not exactly. I expected a Ludlow beer to be brown."

"Despite it being Blonde?" said Max. "You've spent time in Ludlow are the blondes there generally brunette?"

"It was a long time ago Max and I can't be sure but I don't think there were any noticeable blondes in Ludlow. It was what? thirty odd years ago. I think in general people were on the shorter side and dark? A bit like Birmingham."

"Thirty years ago or two hundred and ten?" said Max.

"Never mind, don't wrestle with that, it is I know beyond you." said Max. "Now these brunettes.. . did you, or anyone else, in your hearing, ever, refer to them as being 'blonde'?".

"And you think that the City of Birmingham is short and brown?"

"But nothing, the clue is in the bloody name." said Max resorting unecessarily I thought, to rather common and vulgar expletives, as if he might have been raised in Clifton.

"'Ludlow Bloody Blonde'. How in the name of all that's Holy can you possibly imagine with a name like that, that you will be delivered of a brown pint?"

"You seem very irritable Max." I said, using what I believe to be, my most emollient tones.

"You'd be bloody irritable." said Max, degenerating once again to an uncharacteristically coarse vernacular. Indeed I began to wonder if perhaps he had a toothache. "It's now three years and six months since pubs had biscuits on the bar..."

"And if they did, said Max, rather rudely I thought, "I wouldn't give a flying fig" and now, such was my consternation, that I thought perhaps I should remind him that we were in a public house but he continued without paws, "whether they were brown, blonde or sky blue bloody pink."

I think perhaps the restrictions of life with covid are beginning to get the poor old boy down.