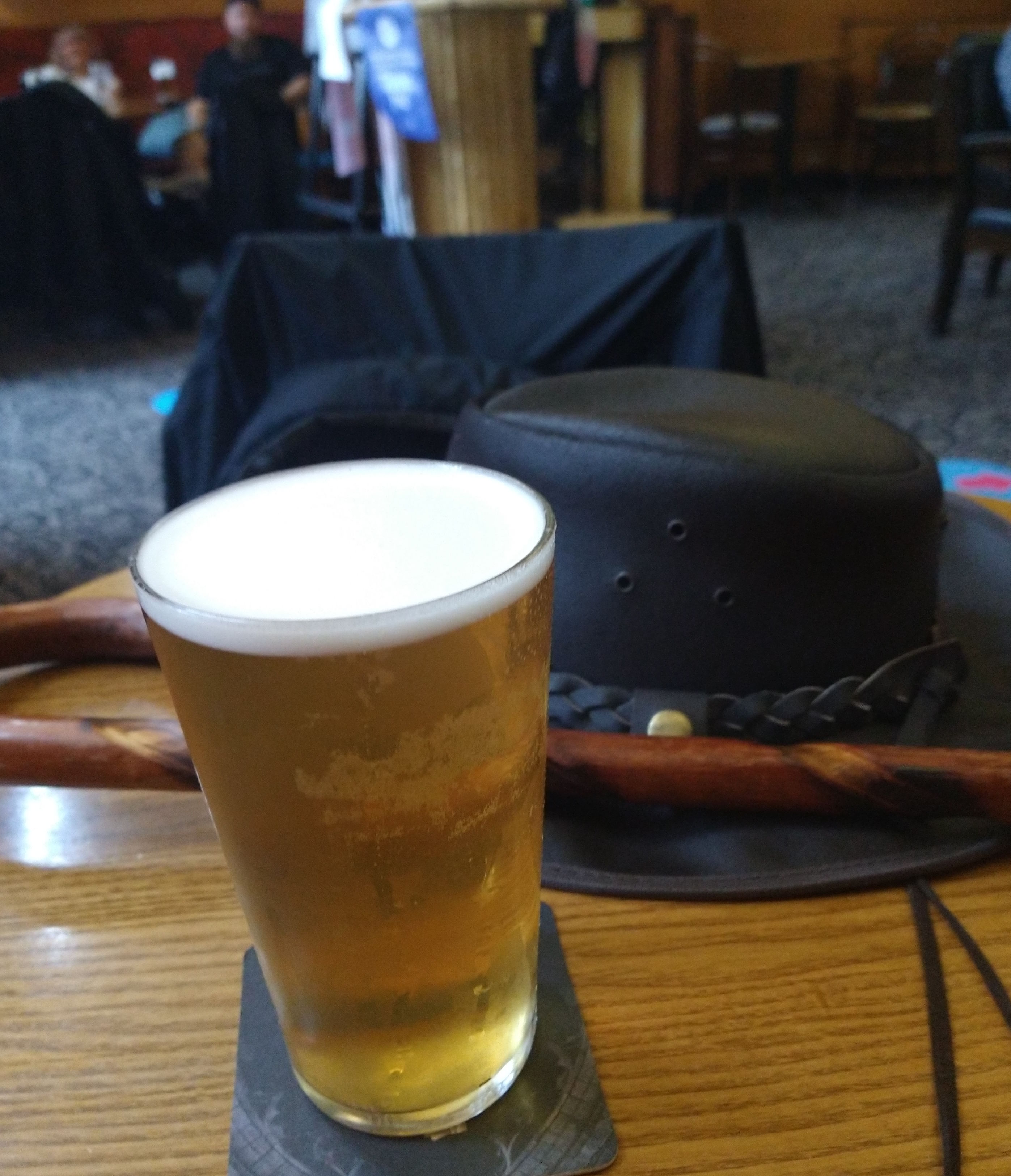 A rather frothy pint of Dancing Duck's "AyUp"in the Test Match.

"Your right there Max, I should never have ordered the second pint."

"Not the beer, what I mean is that it's no good dwelling on what might have been. 'I wonder how things would have been if', its no good, they weren't, what is, is, there's no going back."

"That's very philosophical Max, but how does this relate to a pint of 'AyUp'?"

"The moving finger writes, and having writ moves on, nor all your piety nor wit, can lure it back, to cancel half a line".

"That, surely, is the Rubaiyat Max, what is occurring here?"

"I was watching you in the Memorial Gardens, you were visiting your Great Grandad again."

"Well not exactly visiting Max, I believe that his remains lie somewhere in France or Belgium or somewhere 'sur le continent'.

"You stood for the umpteenth time this year staring at his name and looking as if you might be contemplating a wet week of Sundays." said Max. "Good grief man you didn't even know him."

"But I knew my Grandad Max, and he knew his Dad and he knew his dad had survived the war and that he was coming home, and then he didn't. Now, when I think of it and I think of my boy I feel a hard pulling at something inside me and I lose hold of my thoughts and watch helplessly as they drift out in to the void"

"Hmm" said Max "That's not it either, your thinking of what might have been."

"Eleven years, your eleven years older than your Grandad Allen was when he died ?"

"Yes" said Max, "you're 68 not 67. You seem perpetually to have difficulty with this age thing."

"Does that invalidate my argument?

"I think that in reality you don't have an argument" said Max it's just keening."

"Irrespective of the validity of my lament", I said rather huffily " isn't that rather disrespectful of other cultures?"

"Bah Humbug!" said Max I've merely taken the word and modified it's usage in way that will be understood by all familiar with it's meaning. You are at the start of a thousand what ifs. What if your Dad had let you go to the High School? What if you'd worked for your exams? What if you'd had the courage to marry in your twenties, your thirties or forties? What if you'd bought that pub in Stokey? What if you'd returned to the States after Egypt? What happened, happened, what is, is, standing with a tear in your eye will change nothing, only what happens next is within your control."

"The present never feels within my control Max. it's easier to get a grip on the past. In the present everything seems to be subject entirely to events. "

"Events dear boy, events" said Max. "It's the same for all of us. Buck up. Just think how things might be different if that there was a decent pint, recognise that it is not, finish the glass and lets go home for some biscuits."