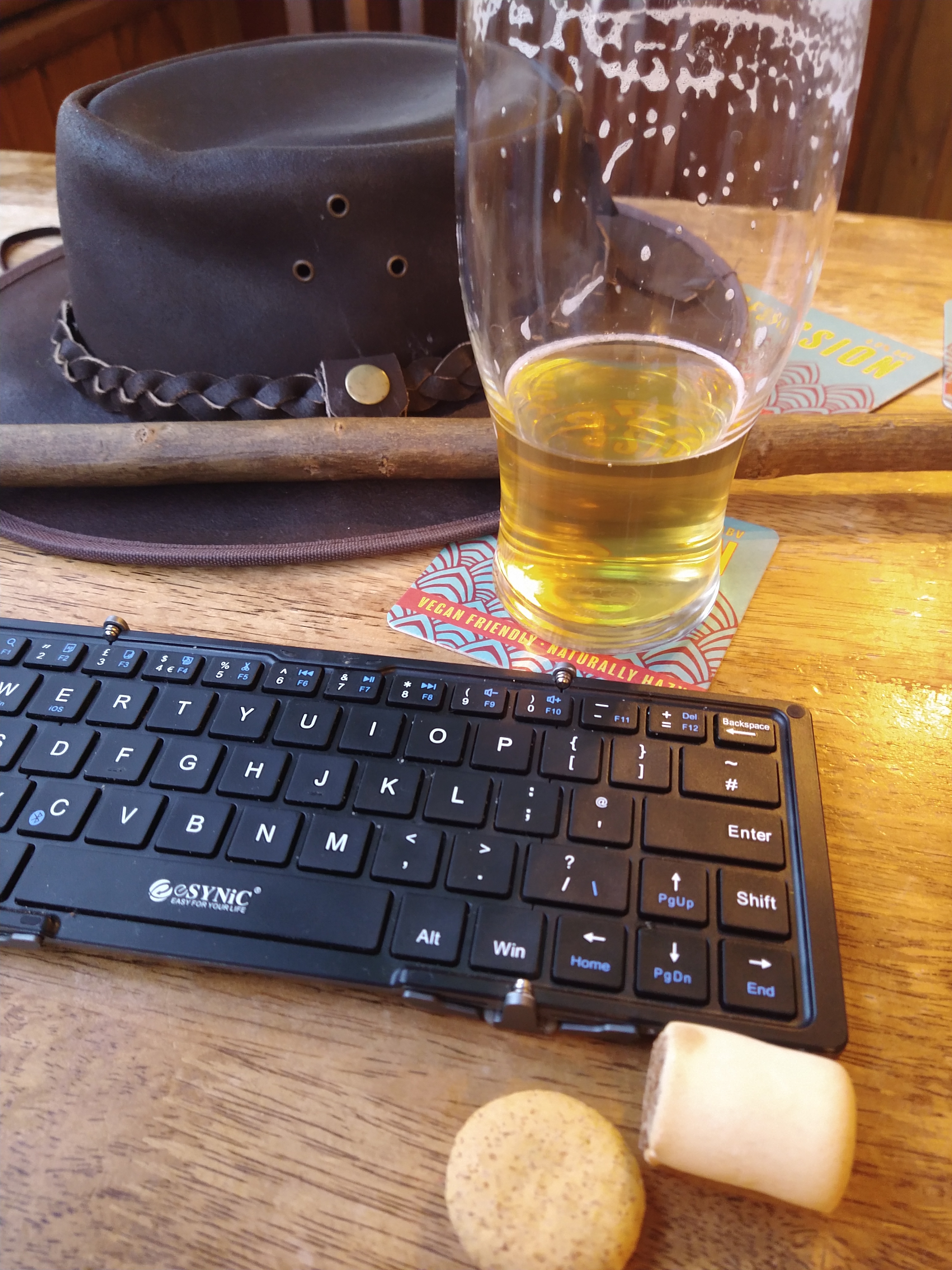 Still got four of me beer tokens left, so girding me loins, putting me shoulder to the wheel, knuckling down, endeavouring to overcome the weakness of the flesh and showing sufficient spirit to complete the assignment before we tick over to January 2020.

Actually with the help of Castle Rock’s ‘Electric Dreams’, the task is proving to be nowhere nearly as difficult as I’d imagined.

To quote Horatio “damn you Hardy, the victory is mine alone”.

“I don't think he actually said that” said Max.

“I’m sorry! What would you know about it?”

“I think,” said Max “that you are attempting to reprise the words of Horatio Nelson on the quaterdeck of the Victory at Trafalgar.”

“Oh oh, do you indeed? Well perhaps Im talking about Horatio Hornblower not Nelson at all.

“I think you will find”, said Max “that Horatio Hornblower was a fictional character, invented by C.S Forrester and that being the case, cannot be ‘quoted’ in any meaningful sense of the word”.

“And why not? Lots of people quote Mr Micawber, or, or Scrooge or Mr Pickwick.”.

“Do they?” said Max “or are they in fact quoting Dickens the creator or the characters you mention?”

“Your picking at straws Max. What does it matter whether the...”, I began, only to be ignored.

“Besides which, as far as i recall, Mr Hornblower, or perhaps more correctly, Mr Forrester, failed to mention ‘Hardy’ in any of his novellas.”

“Novellas? Novellas? That's a bit rich Max, the Hornblower series were a fine body of work well worthy of the title of novel.”

“Have it your own way” said Max “, I expect by comparison to your own desultory efforts they may worthy of the title but they are not, I think, Tolstoy, or Hugo? Not even Conrad, who wrote some slim volumes as well.”`

“Your just being snobbish Max and deriding an author who's work inspired me as an adolescent, it's unjustifiable.”

“You dissemble” said Max. “Were you or were you not, making reference to that hero of the British Navy, Horatio Nelson?”

“You suppose? And did he or did he not, in point of fact say, with his last breath at Trafalgar, ‘Kiss me Hardy?’”

“Possibly, although some would have it that his last words were 'Thank God I have done my duty'.”

“Your at it again” said Max, “Just confess you were misquoting Horatio Nelson, quite substantially, and pass me, if you will, the last bloody biscuit before heroically finishing your Electric Dream.”

“You make it sound quite reprehensible Max, It is you know a beer? A very nice beer... and plural, always plural.”