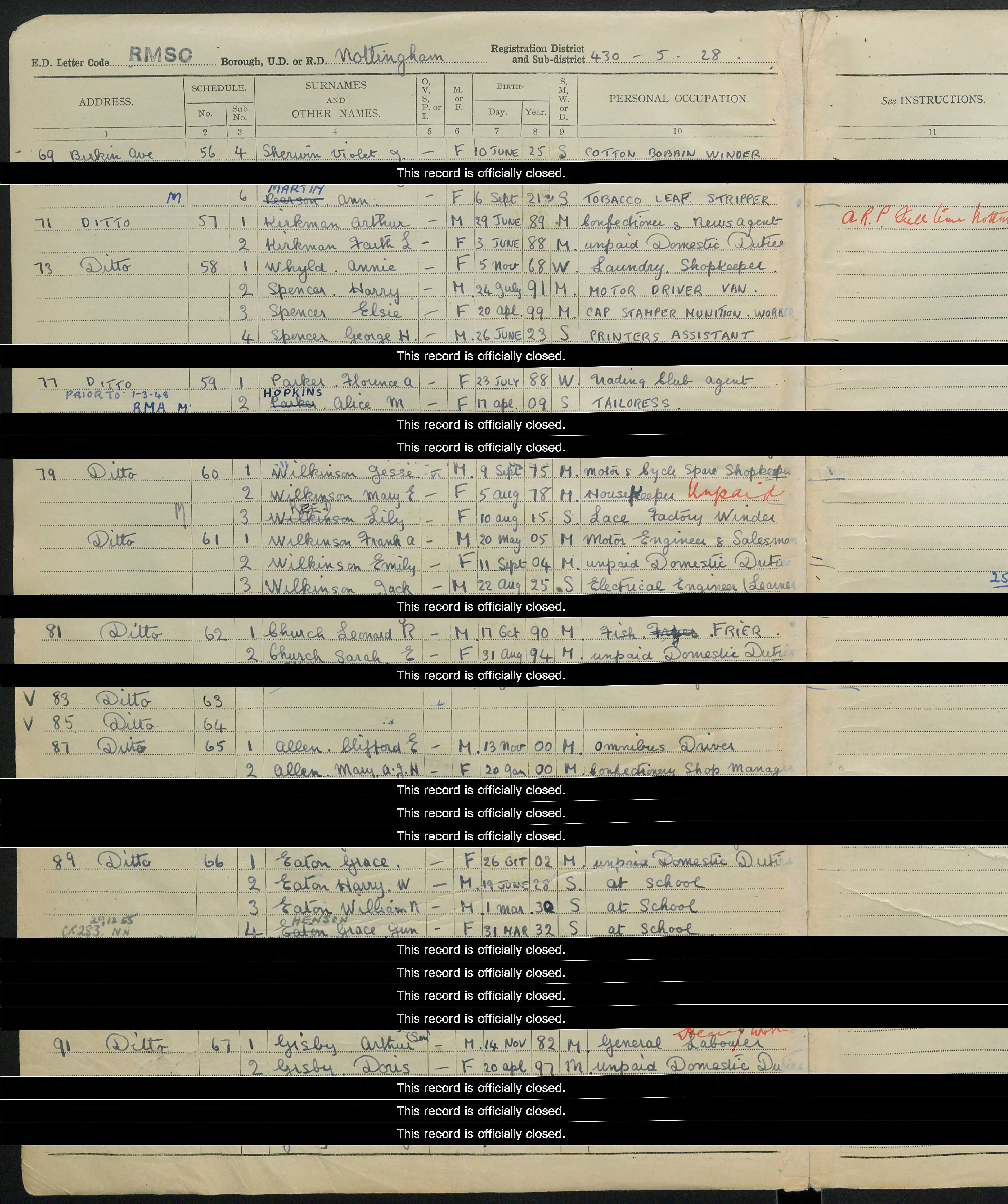 I came across this yesterday, never having previously known that such a thing existed. The 1939 Register of England and Wales, sometimes called the National Register. Learning about it made my blood run cold. It was used to produce identity cards and was also used to administer conscription and the direction of labour, and to monitor and control the movement of the population caused by military mobilisation and mass evacuation.

The silver lining for me was that as I read entries, something leapt across the chasm of 81 years and put me ever so briefly in touch with my Grandad and Mama. Cliff, Omnibus driver and Mary, Confectionery shop manager. Thirty eight and thirty nine years old, 26 days after Britain declared war on Germany.

The 3 redacted entries imediately below Mama's entry will have been Harry, Joan and John. They are redacted, or “officially closed” because all three would be less than 100 years old and are not known (to the register) to have died.

I suppose it will be of no interest to any one, except possibly the Eatons themselves, that the extract from the register also shows details of Cliff and Mary's neighbours at number 89 Birkin Avenue. I was recently in communication on the net with one of Grace Eaton's grandchildren and he asked his Dad for me if he remembered Joanie but he did not although he did remember the shop and snack bar. I remember the Eaton's though, not well but enough to remember that they were there, that I spent time looking over Grandad's wall into their yard and that if I "carried on like that" I would "end up like Billy Eaton".

When we left Birkin Avenue for a long time I cried, even as I made little pots from the front garden clay and put stalks of dry grass in them for my mum. I didn't like the change, I didn't like Wilford Hill, I didn't like the emptiness inside or out I wanted to be back in the tiny little world of backstreets, entrys, narrow staircases, yards, salvage and Grandad's. I wished and wished that we'd never left Hyson Green and Birkin Avenue. Now as I look at the register I wish and I wish that I could be back there again.